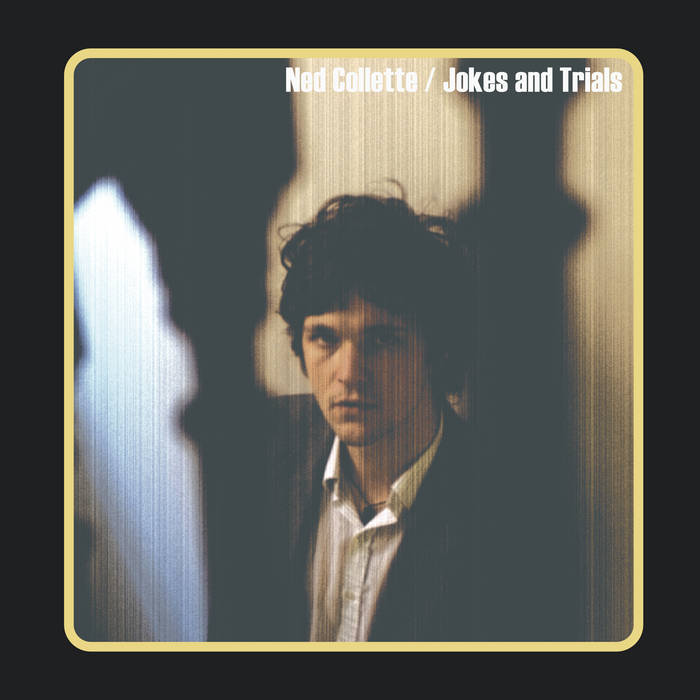 Jason V. Sincere, quiet, and touching. Ned Collette evokes nostalgia with beautiful melodies, gentle instrumentals, and his effortless vocals. Atmospherically, it brings you back to a serene Sunday afternoon; to a time when you were able to just sit and lose yourself in your thoughts. Favorite track: The Laughter Across The Street.

Ned Collette's debut album came out in July of 2006, just as his previous and mostly instrumental band, City City City was coming to an end. Jokes & Trials saw him forego the democracies of a group to craft a subtle folk album on which he wrote and arranged all the songs and played nearly all the instruments. With nods toward influences such as Robert Wyatt, Leonard Cohen and Judee Sill, the album caught the attention of musicians and listeners alike, and topped 2006 critics polls in many corners of the globe. At the time Collette had developed his own live technique of using guitar loops and delays on stage, building percussive and melodic layers over which he presented his songs. This saw him tour the album extensively throughout Australia before being asked by both Joanna Newsom and Camera Obscura on tours throughout Europe.

"What immediately grabs the listener on Ned Collette's debut record is his overwhelmingly familiar, likable voice. This applies both to his literary voice--the exact lyrical mood of a casual ode to friendship like "Song for Louis"--and also his actual voice, a big, loping, throaty baritone that fills in the blank spaces of these austere songs like sunshine through an empty house. This is a friendly and remarkably endearing record, with a surplus of the sort of casual intimacy that greenhorn singer-songwriters typically eschew in favor of esoterica or melodrama. One does not really want much more than Collette and a guitar here, and one does not get it. The few embellishments thereupon--graceful percussion in the album's final moments, a bounding synth solo on "Boulder"--show the sort of instrumental intuitiveness Collette would exhibit more comprehensively on his follow-up record. Here, though, nothing obstructs the listener's engagement with the singer, creating a spare but fitting place to get to know someone."