The Pool Is Full Of Hats EP 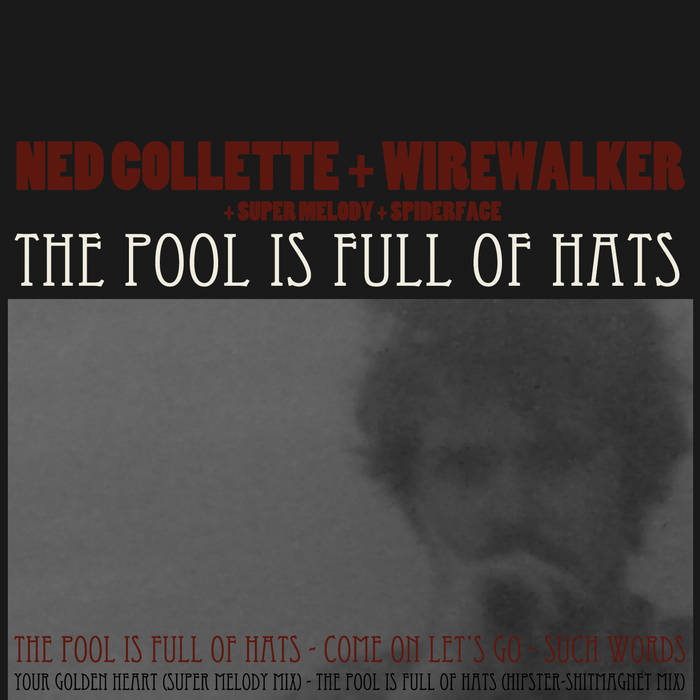 "Ned Collette has offered the people of Melbourne more than enough chances to see him play before his relocation to Berlin this month. And no one would have begrudged him if his recorded sendoff was last year’s stormy Over The Stones, Under The Stars. Yet Collette and his backing duo Wirewalker offer up this keepsake EP, available digitally and in a physical run limited to 200 copies. As an EP should be, it’s a chance to experiment outside the confines of an album.

In contrast to the full-band portent of his third album, the song ‘The Pool Is Full Of Hats’ finds Collette alone with an acoustic guitar and synth-generated rhythm section. A synth melody confirms the song’s lightness; he calls it “Moroder-folk” in the press kit. The cover of the 10-year-old Broadcast single ‘Come On Let’s Go’ is a piano charmer, feeling part like Burt Bacharach and part like John Cale. It features his backing band Wirewalker – drummer/engineer Joe Talia and bassist/pianist Ben Bourke – as does ‘Such Words’, with its burring slide guitar, thin synth and snappy beat. Though he varies it, Collette’s voice remains uniquely soft yet pointed on each of the three songs.

No one would accuse Collette’s dirge-y songwriting of screaming out for remixes, but Super Melody does wonders with the Over The Stones track ‘Your Golden Heart’. It’s springy and spare, looping the twang of the original and salvaging only the line, “Maybe we’re living in a golden age.” It was dripping with venom in its first incarnation but here plays more like sincerity. The remix seems to end at around seven minutes, only to change course and return for a few minutes of blips and twitches. There’s no reason it should work, but it does. Ditto Spiderface’s colourfully titled ‘Hipster-Shitmagnet mix’ of the EP’s title track, which adds a shadowy throb underneath and splayed melodies on top. In keeping with the original, if not the bulk of Collette’s often solemn work, it’s a casual diversion."